When my nephew Tom, was six, he desperately wanted a place at Hogwarts. Shortly before Christmas, he sent a letter to the North Pole to consult Santa.
"Am I a wizard?" Tom asked. "Can I do magic?"
Santa obligingly responded, but not with the news that Tom wanted:

Dear Tom,
Thank you for your letter. I am writing to let you know that you can perform magic, but sadly not enough to get you into Hogwarts. Some magicians create potions that turn lead to gold and make people greedy for wealth. Other magicians cast spells that bring fire-belching dragons roaring from the sky to make people tremble with fear. You Tom, can perform one small piece of magic. You can make people smile and say “I’m so glad I know Tom.”
Please make sure you use your magic a lot in the coming year.
Yours sincerely,
Father Christmas. 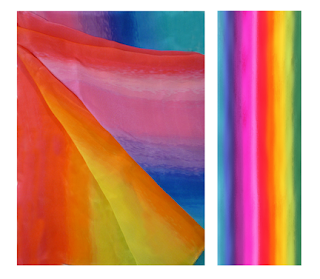 The letter makes me think of the goddess Iris. Classical deities are generally associated with great deeds of power, mystery and might. Some ruled the heavens, some ruled the waves, some ruled worlds and underworlds. They fought with storms and lightning bolts, with magic and with fire. Iris was, I’m sure, a deity of many talents; but the only one that people generally remember is her ability to create rainbows.
Posted by Look-in-the-Bag at 04:24 No comments: 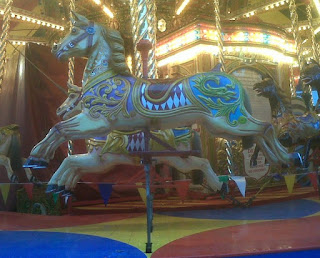 Look-in-the-Bag Ltd has just celebrated its first birthday.  It came into existence at Companies House on 7 February 2012.

Actually, that's not true.  It began life as Look in the Bag Limited, but Neelam (wearing her designer's hat) felt that it worked better as one word (and preferred Ltd) so ten days after it was born company 07938340 was rebranded.

Of course, this leaves the frustrating thought that, had we held off a little bit longer, we could have been company No. 08000000.  That honour went to MT Lucky Ltd, which was registered on March 21st.  I couldn't help wondering who was company No.1 though.  Being inquisitive, I emailed Companies House and began an informative exchange with one of their archivists.  She told me that the earliest registered company was the Legal and General Life Assurance Society, (registered on 2 November 1844, before registration numbers were introduced).  The oldest surviving company  is Ashford Cattle Market Ltd, (No. 118) which was registered on 25 September 1856.

To confuse matters, Ashford Cattle Market Ltd is not the only No. 118.  Company numbers were introduced in  1856, with National Savings Bank Association Ltd being the first No. 1.  Then, in 1862, due to a change in legislation, numbering was restarted.  The second No. 1 was distinguished from the first by appending a 'c'.  This continued until company No. 2726c was registered, after which, in 1864, was legislation changed again and the 'c' was dropped.