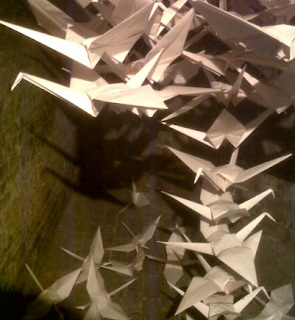 On July 19th 2012, I made my way to Hillsborough Jobcentre to begin PRIME's Preparing to Run Your Own Business course.  I entered the building and found myself in a room full of women.  I don't know what this says about mature male* entrepreneurs in Sheffield, but for Look-in-the-Bag, it was a great piece of luck.


Having done courses at Business Link and at Sheffield Enterprise, I was familiar with much of the material (though on PRIME's course it was covered in more depth and eventually led to a Small Firms Enterprise Development Initiative (SFEDI) accredited Level 2 Certificate).  As far as I was concerned though, the main advantage of the PRIME course was that it brought me into contact with a fascinating group of women willing to share a wide range of experience and some extremely useful insights.  Many of the insights were relevant to business in general, but as far as LitB was concerned, we hit a rich seam of advice and ideas when it came to potential customers for fashion accessories.

* I know quite a few women who would say there's no such thing. 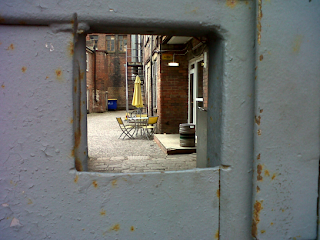 I'm used to being the wrong age.

Most recently, I've been the wrong age for a career in research.  I've spent years doing it, but historically research has not been a career.  Rather it was an apprenticeship that had to be served by anyone wishing to be an academic. In the last few years efforts have been made to help researchers in the early stages of their careers, but I dropped out of all qualifying categories for "Early Career Researcher" a long time ago.

I'm also the wrong age for a lot of business advice and help.  Much of it is targeted at entrepreneurs under 30, and I passed that milestone a couple of decades ago.

I was therefore delighted when, one morning in May 2012, I heard an interview on Radio 4's Today Programme with a man who made cases for musical instruments. Rod Boyes set up Pinegrove Leather after he was made redundant at the age of 50 (an experience I was shortly to share).  He had been helped by the Prince's Initiative for Mature Enterprise. PRIME was established in 1999 to support prospective entrepreneurs over 50 who were threatened with unemployment.  Finally, unlike Neelam (a mere stripling in her 40s) I was the Right Age.

Bacon sandwiches are good for business 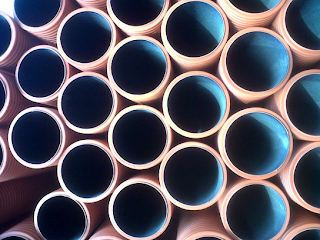 Business connections in Sheffield are lubricated by bacon fat.

Once a month (usually the second Tuesday), SENTA (Sheffield ENTerprise Agency) holds a business networking breakfast.  Entrepreneurs and wannabe entrepreneurs gather to talk about business and to engage in the kind of juggling that usually goes on when people try to stand, talk, eat and drink, all at the same time.

I contacted SENTA at the recommendation of someone who had set up a consultancy a few years back and had found them to be helpful.  They were.  The course that Neelam and I attended offered similar material to Business Link's, but it was less formal and there was more opportunity to engage with the tutors, and the other people attending.

Best of all though (from my point of view) were the bacon butties at the networking breakfasts.  Neelam (being vegetarian) is less keen.  Somehow croissants and Danish don't have the same appeal.
Posted by Look-in-the-Bag at 14:37 No comments: